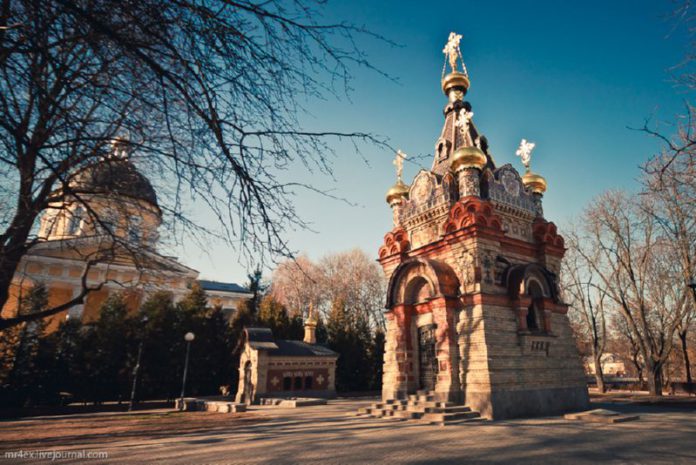 One of the architectural monuments of the palace & park ensemble is the Burial Vault Chapel of the Paskevich Princes. It is a religious building consisting of two parts: a chapel built above the ground, and a burial vault built under the ground as a crypt for burring the dead (it has a little entrance above the ground level).

These buildings were erected at the time of F.I. Paskevich, son of I.F. Paskevich, General Field Marshal, in 1870-1889. The designer of the project was E.I. Chervinksi, Professor of Architecture from Moscow. S.I. Sadikov, artist, was responsible for artistic and decorative work.

The walls and the domes of the underground crypt of the vault are decorated with the sledged glazed stones, and the headwall is decorated with a mosaic panel and a marble fretwork.